After a week in which we saw almost 1,500 votes cast, we are down to two titles! Your favorite book in the fiction/graphic novel bracket was (drum roll, please) Harry Potter and the Cursed Child! That will face the winner in the picture book/early reader bracket, which was…We Are in a Book! Who will be the champion? The boy wizard all grown up or the lovable and funny duo, Elephant & Piggie? In the Teen tournament, Catching Fire will face Miss Peregrine’s Home for Peculiar Children. Remember: it’s up to you to decide which titles will reign supreme! While you’re enjoying your spring break, be sure to vote! The winners in each contest will be announced on April 5. 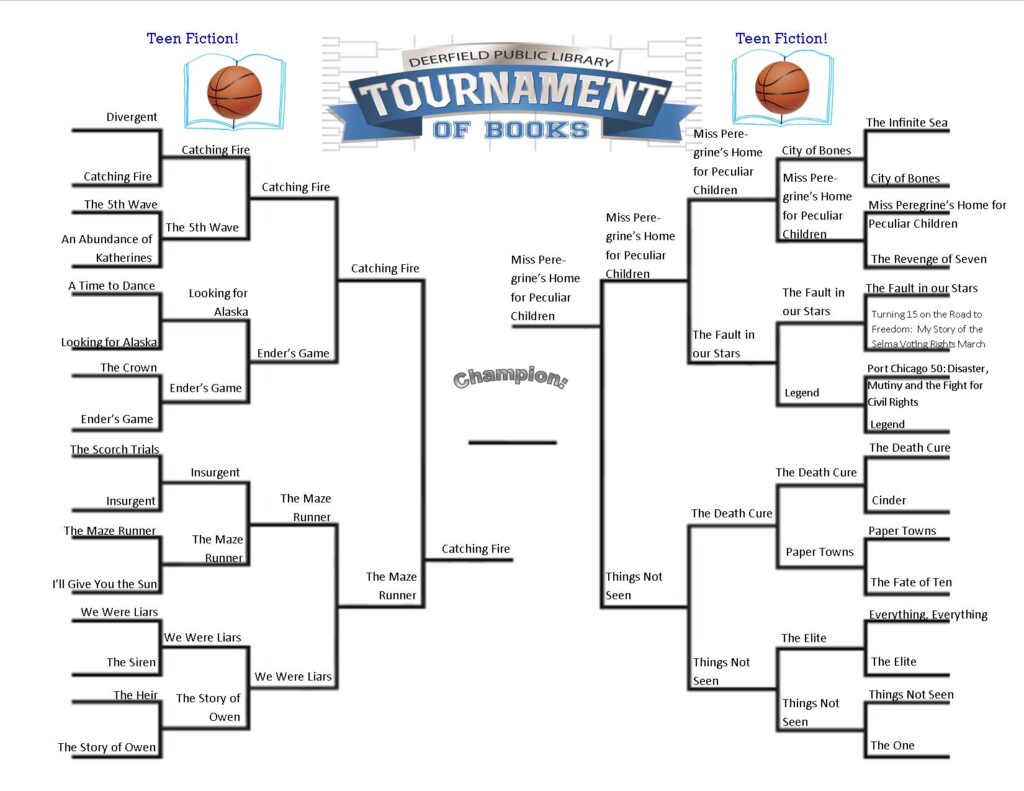 This is going to be a SLAM DUNK Tournament of Books! We are hoping to break our record of over 6,000 votes last year and reach 7,000 votes in this, our 4th annual tournament! You can help us reach that goal by voting early and often for your favorite titles.

You can vote in the Library or online at www.deerfieldlibrary.org (click on this blog post each week for the link to vote). The ball gets tossed in the air for tip-off on Tuesday, February 21, and you’ll choose your favorites from the 32 books you checked out the most in 2016. Each week, you can vote as often as you like for your favorites. Remember, the more you vote, the closer we’ll get to 7,000 votes! Be sure to stop by the Library to watch our basketball get closer and closer to a slam dunk!