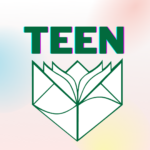 Our teen page will feature book recommendations from staff and teens, programs and events, library news, and more!

This summer, our S*T*A*R volunteers have taken up the pen to provide some book reviews! See what your peers are reading and find some great new summer reads. Today’s review comes from teen volunteer Myra.

Red Queen, the #1 New York Times bestselling novel by Victoria Aveyard is a story about adventure and power, desire and loyalty, freedom and control, betrayal and love. This fictional story indulges readers into the book, making it very hard to put down. 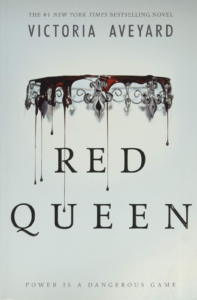 Mare Barrow’s world is torn apart by blood; the Reds and the Silvers. The individuals with red blood, being peasants and servants, are fated to serve the silver blooded young men and women with supernatural abilities, making them nearly gods. Being a thief to steal for her family, Mare is always on her toes. As Reds are conscripted into war at the age of 18, Mare must find a way to get enough money to get her best friend out of his soon-to-be conscription. After an unexpected encounter with a stranger, Mare finds herself working at the palace, saving her from conscription and landing her enough money to get her best friend out of it too. As she somehow falls into the Queenstrial, Mare’s life is changed forever. She discovers a supernatural ability she didn’t know she had, except, her blood is red. Being an impossibility leads Mare straight to the royal family, where she unexpectedly is betrothed to the prince and is forced to take the role as a lost silver princess. As she gets farther into the silver world, Mare risks her standing to assist the Scarlet Guard-the Red rebels whose goal is to make Reds and Silvers equal. Due to what she does and knows, Mare is put in a difficult position, turning her world upside down.

Even though it was a very fascinating read in itself, I hoped to find out more about the Scarlet Guard. The main character may be Mare but the Scarlet Guard is a big part of this book too. I wanted to know more about how it came and how the people came to know of the Guard before it was known to many others in the world. It would have made me and possibly many more readers realize how certain things made sense and might have just completed the puzzle of this story.

This book was one I spent all night reading and I would rate it a 4.7 out of 5. It was an absolutely amazing read due to the fantasy world it was set in and the fact that I felt I was actually there, but I did hope to find out more about the Scarlet Guard. I would definitely recommend this book to any reader who is looking for an escape from the real world and a dive into a fantasy one.